A good cricketer is the one who uses his head...

“A Cricket academy with a difference”

“I have always felt that the game of cricket has less to do with coaching and more to do with mentoring. I have experienced the same when I was playing state level cricket. I guess that somewhere deep inside my heart I have that grudge that perhaps I would have played for more than 7 years for Delhi or would have done more than just being the highest wicket-taker for them in Under 22 category, had there was someone who could have mentored me properly. After representing Delhi for seven consecutive seasons in different age group competitions, I simply left one day after finding my name omitted from Ranji squad. Again, mentoring Would have helped”, Says Founder and Head Coach, Puru Singh, Team PUSH.

PUSH academies came into being for I wanted to do my bit to take care of this neglected aspect, especially as far as cricket coaching at the grassroots level is concerned. Not that we compromise on the coaching part, but we also try and understand that each kid has a different psyche and has to be treated/coached differently. 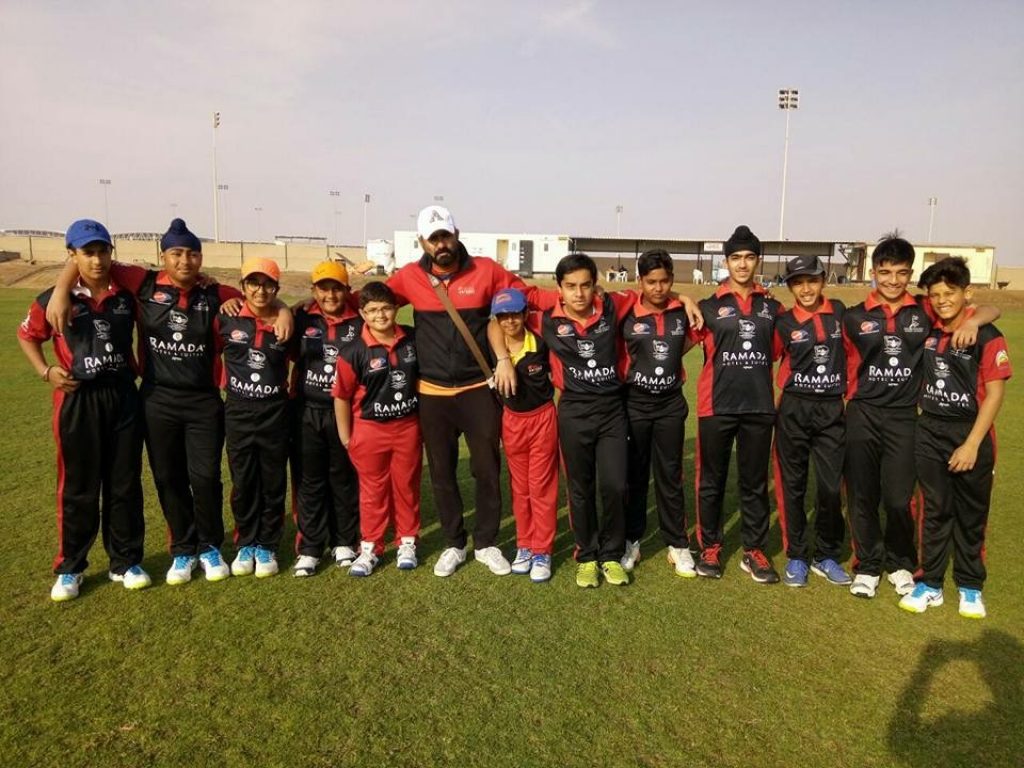 Strangely, while I was jet-setting all over the world in the skies for Air Sahara and Air India the thought of coaching kids was never there in my wildest of dreams. Even when I decided to say goodbye to my well-paying flying career and joined a sports management firm for a measly sum of 25k rupees, I had no idea that one day this would be my calling.

One fine day, when I was busy with routine work of looking after the venue and other admin work one of the cricket coaches reported sick. Of course, having played cricket before, I was the obvious replacement. When I was told that I had to fill in, I was so reluctant to face those kids that my legs started shaking. But gradually I realized that this is where my heart lies. After juggling with my duties as a coach and a venue manager for some more months I realized that I need to have my own space to coach the way I want to coach.

See also  Outbox: Two young minds one out of the box idea

“I went to Dubai to do my level 1 coaching course from ICC Cricket Academy and started our first cricket academy in sector 23 Gurgaon in Swiss Cottage School in April 2014. Another one opened in sector 10A in Meenakshi World School after a couple of months. We were even associated with GD Goenka World School for a while where we invited former Australian Legend Craig McDermott for an interactive session” Says Puru Singh. 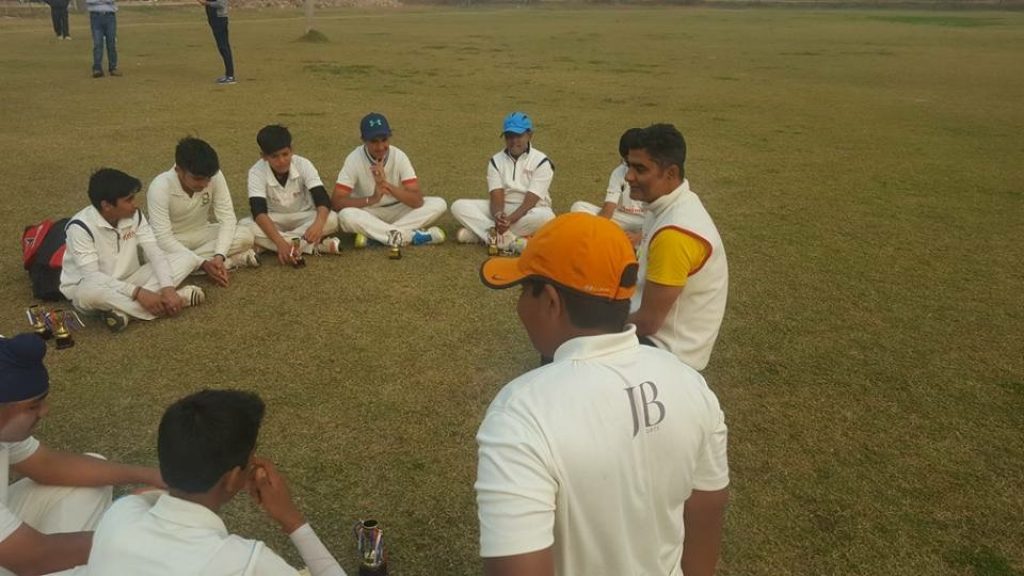 Although all the three centers closed down due to various factors which were out of our control. However, fate presented another opportunity at Ansal University, Sector 55 Gurgaon. Armed with previous experience and a strong desire to keep working with kids we opened first PUSH Cricket Centre of Excellence in February 2016.

Till now I had realized that a low coach: student ratio coupled with updating coaches with new techniques frequently is the way to go. Unlike previous heartbreaks, Our academy at Ansals has been a roaring success. We have more than 120 kids and have 10 coaches to take care of them ensuring that our coach: student ratio remains the lowest in Gurgaon NCR. We try and give personal attention to each kid even on group coaching days. We lay strong emphasis on regular match exposure and modern coaching equipment, something which is a rarity (we have been told this by numerous kids who have come from.other academies). That perhaps explains why kids come to us from far-flung areas like Rohini, Greater Kailash, Rewari, and Bhiwadi. Some of the places are more than 50kms from our centers. That too when there are cricket academies in every nook and corner of our country.

See also  Foodeterian on completing its six months of operations 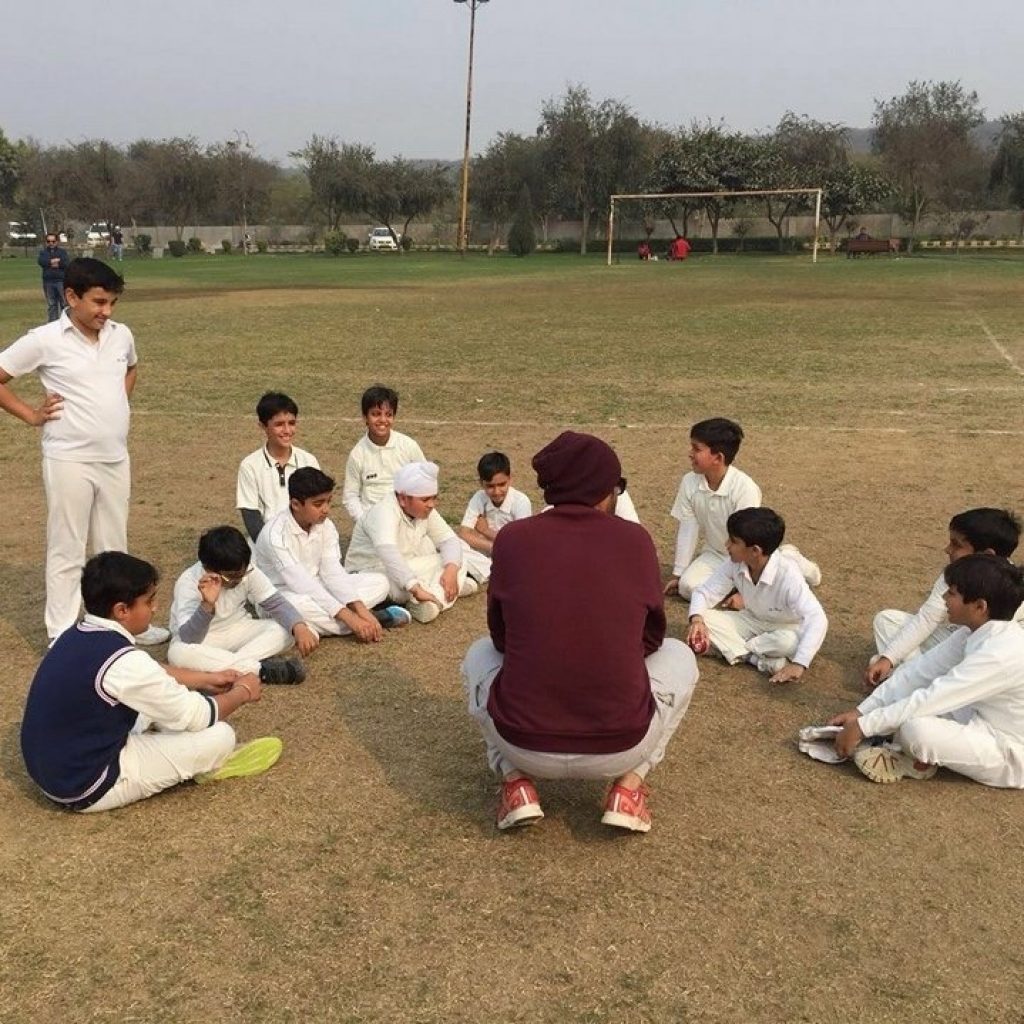 We have been told that we are foolish to invest so much in our coaches and modern equipment but a regular flow of new joiners and a very high retention rate, makes us feel vindicated and encourages us to keep on fine-tuning our model. In times when no one wants to coach 6 or 7-year-olds because ‘that’s too much of a hassle’, we boast of biggest Under 9 batch in NCR with more than 60 kids.

Rahul Dravid delivered MAK Pataudi memorial lecture in 2015/16 where he talked about the biggest discrepancy in our country’s cricket academies. He said that youngest kids are being coached by the junior most coach which means that their time in the academy becomes a total waste. We at PUSH academies have tried to take care of this lacuna by not only training our coaches in child psychology but by also ensuring that they are being taught by one of our most experienced coaches. 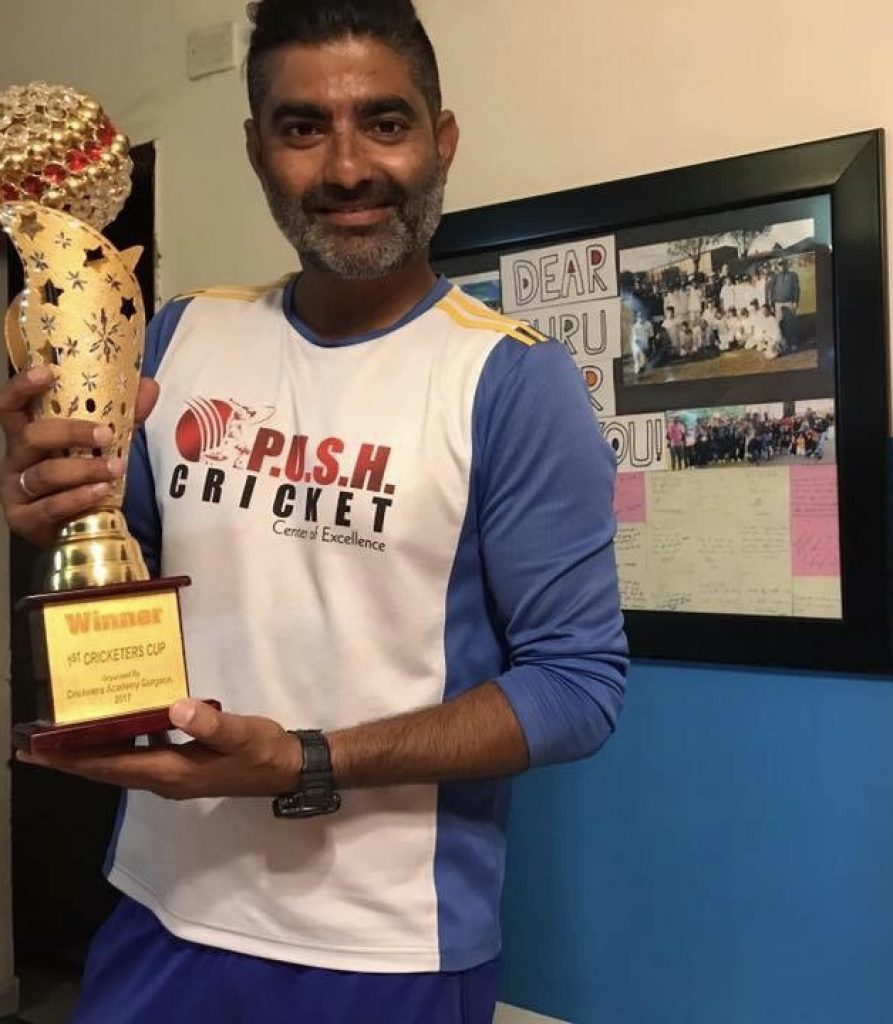 “Our biggest challenge has been to connect with schools because all of them are fixated on the Idea of running an academy in the name of former and current Indian cricketers. However, now we have made peace with this and are very happy opening our 2nd branch in our own independent space”

We opened our 2nd center of excellence when the first started running on ‘autopilot’ and we have decided to follow the same policy as far as expansion plans are concerned.
In the meantime, we are working on designing our own curriculum for Under 9 kids and a behavioral module for the Coaches.

See also  “Happy Cultures” is on a mission to introduce and expand artistically rich & affordable HANDICRAFTS produced by grass root artisans from all over India.

“We have just raised the first round of funding to support our vision of providing quality cricket coaching at affordable rates to ensure that we keep on producing state level cricketers. Last year two of our boys represented Gurgaon District in Under 14 category while one girl represented Haryana Under 16. We have video technology and have already ordered the most advanced bowling machine available in our country to ensure that next year this number is higher”, Says Mr. Puru.

Our Founder Puru Singh is one of the most restless souls and he firmly believes Restlessness is the mantra behind any successful venture. “There is no point sitting on past laurels and yesterday’s accolades as long as you are not trying to create something unique every day,” is the business mantra he firmly believes in.

“Today PUSH Academies is home to more than 150 kids and our next target is to increase the number to 1000 kids before we start franchising,” Puru signs off as he gets busy talking to another parent who has come all the way from Rohini with his 7-year-old for a Trial session. 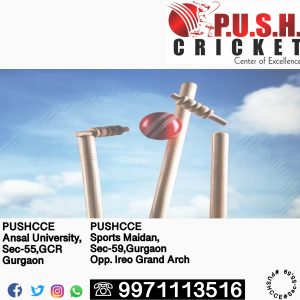