Animation is an effect in which the objects and images move with the help of some special effects. The five types of animations are Traditional, 2D, 3D, Stop Motion, and Motion Graphics. In the previous era, the use of animations in comic books, video games, and mangas. Whereas, in Modern times, we see many films, TV shows, and games that use computer animations. The animation and gaming sector is gaining a lot of popularity since the birth of Digital India. So, today I have compiled a list of the top 10 Animation Companies in India for our readers.

Reliance Media works Ltd. is a subsidiary of the Reliance Group that came into existence in 1975 through the vision of Venkatesh Roddam. The company is located in Goregaon, Mumbai, and supports more than 1600 employees. It is a leading film and media company specializing in 2D/3D animations, visual effects, AD films, and digital distribution. The company also manages some of its subsidiaries like BIG Synergy, Lowry Digital, Amblin Entertainment, Jump Games, Riverstone Pictures, and Reliance Media Works UK.

Some of its projects include Veneta Cucine, Transformers, Little Krishna, Expendables2, The Conspirator, and Canon the Barbarian. The company is also a part of TV shows and movies like Indian Idol, Film fare Awards, Kaun Banega Crorepati, Singham, and Agneepath.

It is well-known for delivering award-winning movies like Pandavas, Alibaba, Tarzan, Sinbad, Gulliver’s Travels, and The Legend of Buddha. In addition to this are Bharathi, Little John, Whistle, Mudhalvan, Nila Kaalam, Raju Chacha, Arjun, and Nayak: The Real Hero. Its films also received nominations in the National Film Award for Best Feature Film and the Academy Award for Best Animated Feature.

Padmalaya Telefilms is a famous animation company and subsidiary of Zee Telefilms. It is operating successfully since 1991 from its headquarters in Hyderabad, Telangana. The company specializes in feature films, television software, and 2D/3D animation services. It also provides its multimedia and training services to countries like the US, UK, and South Asia. The company also operates a film studio called the Padmalaya Studio that focuses on producing Hindi, Tamil, and Telugu films.

Heart Entertainment is another Indian animation company functioning from Hyderabad since 1993. The company offers various 2D/3D animations, filmmaking, and training courses to its clients. It also an Academy called the Heart Entertainment Academy that gives a 16-months diploma course to the students. In this academy, the students deal with various national and international projects and master filmmaking and graphic designing. The company has collaborated with renowned brands like Walt Disney, Warner Brothers, and Tommy Nelson. Some of its known projects include Histeria, Hercules, and Crippled Lamb. 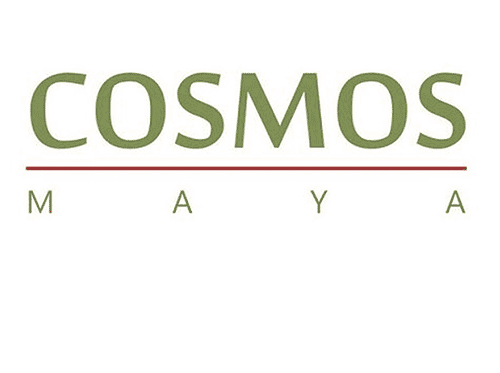 Maya Entertainment Ltd., also known as Cosmos Maya, is an Indian animation company in Mumbai and Hyderabad. It came into existence in 1996 through the joint efforts of filmmakers Ketan Mehta and Deepa Sahi. The company specializes in 2D/3D animations, visual effects, web designing, content production, training programs, and graphic designing. It has designed its internet protocol and aims to provide safe and attractive content for the kids.

In 1999, Bill Dennis and G. A. Menon co-founded an animation company called the Toonz Animation India. The company is a subsidiary of the Toonz Group of Singapore and operates from its headquarters in Thiruvananthapuram, Kerala. It specializes in 2D/3D animations, features films, VFX, Flash, gaming & digital content, and licensing, merchandising, and slow-motion effects. The company supports 600+ skilled persons and has its place in the top 10 multimedia studios in the world.

Toonz Animation has produced many famous TV shows, animation films, and kid’s cartoon series in Hindi and English. Some of these include Return of Hanuman, Aladdin, The Little Mermaid, Beauty and the Beast, and Adventures of Tenali Raman. In addition to the list are Gaturro, Swami Ayyapan, Freefonix, Bunty Aur Billy, Kid Krish, and Wolverine and the X-Men. The company features the cricket teleseries called Howzzattt and promotes digital channels like Chootoonz TV. It also has its channels on digital platforms like YouTube, Roku, Daily Motion, and Amazon Prime.

Digitoonz is an animation company that came into existence in 2009 through the joint efforts of Vikas and Nadim. The company has its headquarters in Noida and is well-known as Digital Cartoons. It is one of the best animation companies in India as it believes in long-term associations and fulfilling partner requirements. It specializes in providing Flash, 2D/3D animations, producing Web Series, CGI animations, Console Game assets, and Digital film making. The company also has its internet protocol about the contents displaying in the kid’s programs.

The full-service animation company has a strong team of 400+ creative persons who manage work from the pre-production stage to the post-production stage. The advanced technologies in their projects include Maya, Adobe Animate, Adobe Photoshop, and Adobe After Effects, and Toon Boom Harmony. It also has a subsidiary called Digitoonz Interactive that handles the gaming sections and the content for Indian kids. The company started its business with the education, e-learning, and publishing sector before advancing to the animation sector.

Best Animation Studios is a famous animation company existing since 2010. Vikrant Singh manages the company from its headquarters in Noida and is one of the best animation companies in Delhi, NCR. The company has a competent team of 250+ members consisting of animators, designers, scriptwriters, visual artists, content writers, and video producers. It specializes in film animation, e-learning videos, corporate videos, educational videos, medical animation production, and whiteboard animation videos.

Citrus Ink Studios is a famous animation studio existing in New Delhi since 2014 through the vision of Vrinda Sood. The company specializes in visual effects, motion graphics, storyboarding, concept art, dynamics, and 2D/3D animations. It aims to create a unique and creative animation experience for its clients through its comfortable working experience.

The company has collaborated with various famous brands like WHO, Honda, Nestle, Panasonic, Horlicks, Coca Cola, IndusInd Bank, and Incredible India. In addition to this are Dabur, Voltas, Mother Dairy, MG Motors, PFRDA, HP, NDTV, and Philips LED TV. It is now one of the best animation companies functioning in New Delhi. In the coming years, it also aims to expand its services to the TV and film industries.

The last Indian animation company on our list is the recently formed company called Visual Connections. The company came into existence in 2014, having its headquarters in Bangalore, Karnataka. The company specializes in 2D/3D animation, motion graphics, Google Ad words, photography, content writing, and website development. Some of its collaborations include Google, Microsoft, Uber, Toyota, TVS, Bosch, Jio, Discovery, NIIT, FSL, and Volkswagen. In addition to this are Practo, Ascon, Stalwart, ECO365, Ather, Coolit, and Reliance Digital.

We often remember the things we see more clearly than the things we read. It happens because of the visual impact that the images and graphics impose on our minds. Animation help adds live effect to the photos and content on TV, movies, and other social networking platforms. It is also an exciting way to draw your kid’s attention to a particular thing and keeping them engaged. Writing this article took me back to my childhood days where I enjoyed watching Disney movies. Let me know about your favorite animation movie in the comment section below.