“Finlok” help users save money by leveraging their social networks

This post was most recently updated on April 27th, 2019

Tell Us Something About Your Product

“Finlok (short for Finance for Loktantra) is a mobile-first financial platform that digitizes widely accepted and adopted financial models amongst masses starting with group saving. The company was formed in early 2017 and the first product of group savings was launched late last year ” , Says  The C0-Founder Tanuj Sinha.

Finlok helps users save money by leveraging their social networks. From a user’s perspective, there are multiple options to save or invest money but all have constraints such as long lock-in period, a risk to investment or need to invest a lump sum. With Finlok a user can set a savings goal, select a payout period, invite friends and start saving as a group. An added benefit is that the Finlok saving model also ensures that most members of the group receive a lump sum amount earlier than they would have done if saving alone. If that is not enough the cherry on top being Finlok providing short-term credit based on group saving and behavior to all members of the group.

The founding team has a rich experience across IT services and the startup ecosystem. Tanuj is an engineer with technology, sales, and marketing experience. A passionate foodie he had initially co-founded Gourmet Eat In with his wife. The two ran the venture for about a year before putting the project on hold. Atish is a TOGAF certified enterprise architect with deep experience in designing enterprise platforms across multiple domains. 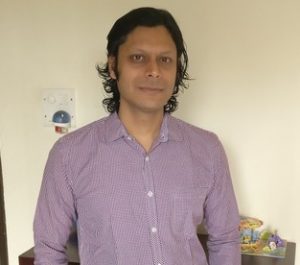 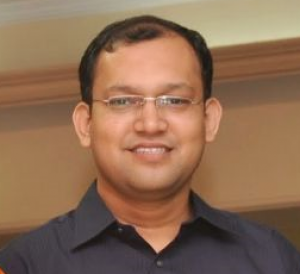 Prior to founding Finlok, Tanuj and Atish had worked together on implementing path-breaking fintech business models in the mobile financial space across the emerging markets in Africa, Latin America, and South-east Asia. The two had been discussing various ideas for nearly 2 years and finally honed in on Finlok as the idea to develop into a venture.

How did you come up with the idea?

The idea was developed out of a number of conversations the founding team had with a diverse set of people – college students, early earners in IT/ITeS, blue collared workers, cab drivers, delivery boys, maids, teachers to name a few. They noticed that typically youngsters start earning around the age of 22-24 but don’t focus on saving until they are in their late 20s. As a result, they miss developing a saving discipline and the beauty of compounding.

During the course of brainstorming sessions, they zeroed in on the possibility of digitizing a financial model that they found to be prevalent across India (in fact across the world in emerging markets). The model had built in benefits – saving discipline, with benefits of early access to funds, flexibility in setting goals apart from being driven by one’s social network.

Readers can find more details about this interesting startup on their website or download Finlok’s android application. One can also connect with them on their WhatsApp Business channel at 9067118691.

At present Finlok has registered close to 1000 users; with an exciting growth rate. Over the course of the next 6 months, the team’s focus is on building traction in Pune. They believe the right processes, the product-market fit would be achieved by then and the team would concentrate their energies towards scaling the venture. Somewhere along the line, a funding exercise would also be undertaken; at present, the team is bootstrapped with own funds.

READ  THE MAKING OF A GLOBAL YOGA BRAND FROM INDIA: JURU YOGA STORY

When we interacted with the founders around the challenges faced along the journey so far; Tanuj said “Startups are all about learning on the job. As a team, we face problems each day but at the end, the desire and passion to build a venture carry the team forward.” Atish added “as Jack Ma once said – “Never give up. Today is hard, tomorrow will be worse, but the day after tomorrow will be sunshine”