From Delhi to Munich, a journey of the founder of...

Ankit Sharma co-founded Upscale with his brother Saransh Sharma. They were 17 and 19, had a disbelief in the college education system and a hunger to understand technology. Upscale is strategically tying up with blockchain startups across different segments to strengthen its commitment towards its vision.

“Our work is to infuse blockchain across financial technologies and create an eco-system for banking as a platform”, says Ankit Sharma, co-founder of Upscale.

Since its inception in 2012, Upscale has delivered technology services to its clients. When the co-founders pivoted the venture into financial services during the last three years, Upscale became a research and product services company.

Upscale released its banking as a service platform with Finocial Information Systems in the winter of 2016.The area in which the work spans are micro-financing, digital financial initiatives, blockchain enabled financial services solutions like value chain etc.

The company has prepared itself to launch the ‘Finocial’ during the year 2017. ‘There was a growth in interest towards the product ‘Finocial’ from fin-techs and banking institutions but we were looking for a clear structure with which banking as a service can be engaged amongst a consortium.

Fast forward to the year 2018, Upscale has two development centers in India, an expanding presence into the ‘land of ideas’ -Germany. There is a strong team of 60 engineers working towards creating a blockchain enabled fin-tech services eco-system. 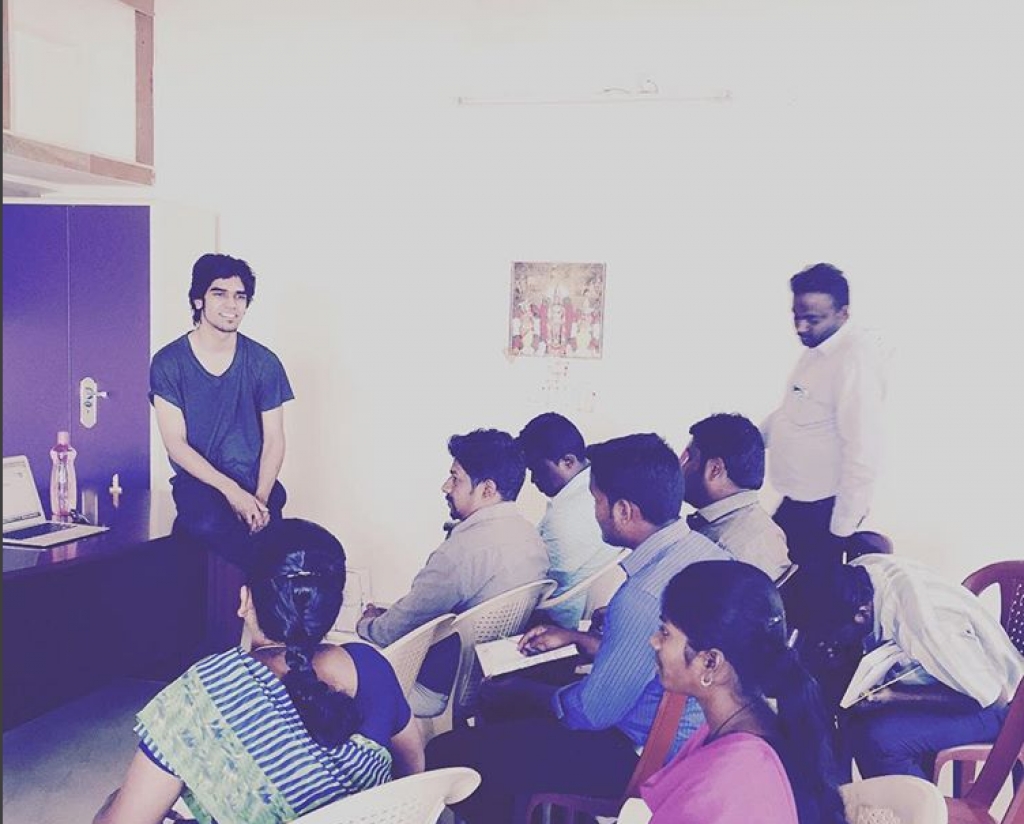 At the helm of this campaign currently is Ankit Sharma, who is a serial entrepreneur. He had also co-founded River Communications with journalist turned entrepreneur Sanjay Salil. He is a regular speaker in student communities and a vocal supporter of the startup eco-system.

“At the end of the year 2018, we will be tying up with the private equity in a bid to raise funds to propel the vision”, says Ankit.

He (Ankit Sharma )dropped out of Hansraj College, where he was studying Earth Science. The initial years were dogged by volatilities, financial instabilities, and clear struggle. After persistent work in delivering technical services in Internet-based technologies, the startup started attracting right kind of talent and opportunities.

Upscale is a bootstrapped startup. It has seen a 4x growth in revenue with its consulting services. Upscale uses the revenue from its technical services to fund the research and development of innovative products.

“Blockchain is core to our growth. I relate this to a new world order. It is a new kind of Internet and commerce that we are moving forward to.’ says Ankit Sharma

He further says, ‘Companies are not very sure about the transition to blockchain solutions because of a divide between industry-specific expertise and technological understanding of blockchain. Adoption by an enterprise is significantly achievable by employing Upscale’s playbook.’

‘Keep believing in your dreams until they become true’, Ankit to other entrepreneurs.