Quantta collaborates with NITI Aayog to predict a GDP Growth...

Quantta Analytics, a leading player in the Big Data and Analytics space in India, has collaborated with the NITI Aayog to develop an algorithm to predict the GDP of India.

Traditionally released by the Central Statistical Office (CSO) of the Government of India, Quantta has used its extensive database on the Indian Economy to provide an advance signal to senior leaders in Government about the state of the economy.

Using data from several sectors, that drive growth, it predicted a First Quarter growth rate of 7.83% indicating that the Indian Economy is firing on all cylinders. The actual numbers released this evening by the Central Statistical Office showed a GVA growth of 8.00% very close to the prediction made by the collaborative effort between NITI Aayog and Quantta.

The Indian Economy has shrugged off the effects of macro-economic factors such as the implementation of GST on the road to growth to zoom ahead with GDP predicted to grow 7.85% in FY 18-19 by economists in Quantta & Niti-Aayog. The Services and Construction sectors have shown strong growth and growth in the energy demand indicates a robust commercial and industrial sector. 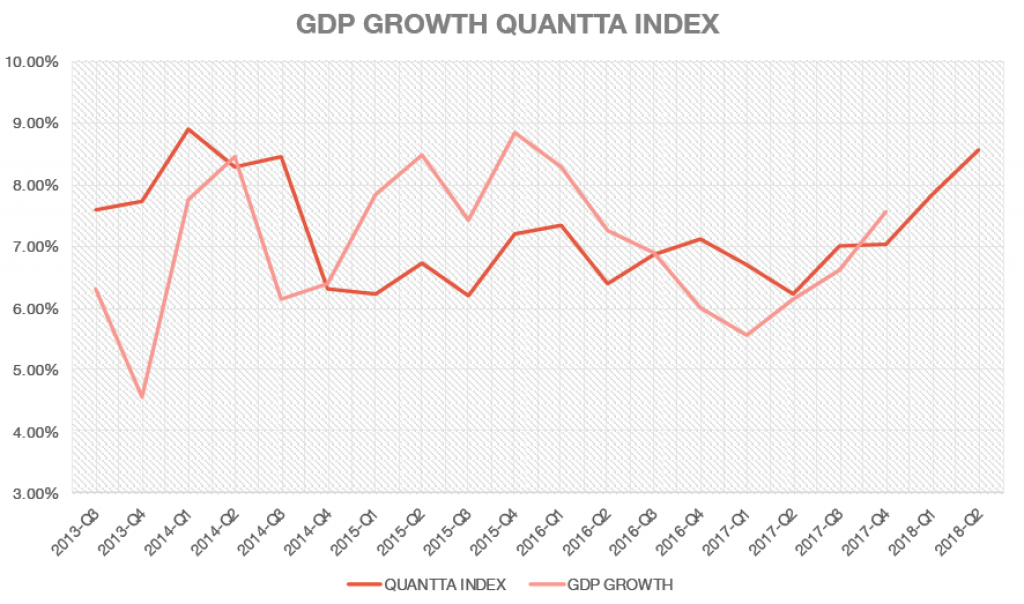 Dr. Rajiv Kumar, Vice Chairman, NITI Aayog said “The Leading Economic Indicator Index being developed by Quantta Index in collaboration with NITI Aayog was put up on the website of Quantta at www.quantta.com/quantta-index on the 29th of August 2018. Their analytically designed and empirically validated estimate of 7.83% Q1 GDP growth are a shade below the GVA of 8.00%. Congratulations to the entire team for being proven right”

Ritesh Bawri, founder Quantta Analytics said “it is a proud moment for Quantta to work with the highest echelons of Government to provide an advance warning system so that the Government can take proactive action to drive growth in the Indian Economy”

The GDP growth comes on the back of several headwinds, including a hardening of oil prices. India imports approximately 220 million tons of crude oil each year pegged at approximately US $87.725 billion according to the Ministry of Petroleum Planning and Analysis Cell. Also, in the past year, the Indian Rupee has depreciated from ~ Rs. 64 to the US Dollar to over Rs. 71 to the US Dollar. Despite this, “we expect the Indian economy to do well in the first half of Financial Year 2018-19”

The proprietary algorithm uses machine learning, that uses data from several sectors such as aviation, railways and cement to predict the state of the Indian economy. The algorithm was tested using ten-year historical data. The model showed over 80% confidence level in predicting the historical GDP figures.

Also, the model was able to accurately predict the directionality of the economy. The outcome would be the ability to provide early warning signals to the Government of India for course corrections if any. Quantta worked with a small team at NITI Aayog which provided help and support to develop the algorithm. Quantta is a full stack technology platform focused on the Indian Economy. We have built cutting-edge tools to collate, aggregate, and organize behavioural insights into customer behaviour. 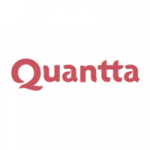